Saturday. Hoorah. Except today I get to go to the dentist AND get an ultrasound AND I have a family 21st up the coast. Woo.

To be fair though I feel fit as a fiddle. The dentist is just check up or something & the ultrasound is because I am just too damn buff. Lol seriously though, I am assuming that is the cause.

Buffness aside I want to spend 5 mins telling you about how my diet has made a HUGE difference to how I feel, specifically how I feel as opposed to look because you can look amazing but feel like crap. (read that article Liz @ Cave Girl Eats talks about dropping the leanness obsession & actually focusing on health)

Anywho, I eat what I like, I eat till I'm full and my body takes care of the rest. It's just that simple. I also train hard, don't forget exercise is important too!

Why did I starting eating this way?

During my comp prep my coach cut out carbs (I almost cried) but to my amazement after an awkward transition period I actually felt better? Weird. Then after comp I made a concerted effort to limit dairy, grains and refined sugar and throw caution to the wind with my fat intake. Now I read a LOT about eating habits and blood types and why I would even want to change my eating habits, so I suggest you read up too.

But long story short I probably eat less calories (I don't actually count them so that is an estimate) these days because I feel fuller from fats, and whole foods. My meat portions are about 100gm per meal (I eat 6 meals a day & have meat with about 3 of them) some people like intermittent fasting, others don't like structure. Whatevs. Find what works for you.

Anyway for all the ladies who think hoorah you can eat what you like, but does all that fat migrate to your butt? Aside from feeling awesome I'm still pretty lean after comp. Body aside though, how awesome would it be to ditch diets, macros and calorie counting all together and still wear your jeans? Yep amazeballs.

Life is great, and I get to eat brownies. 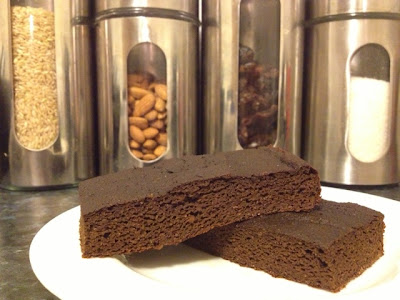